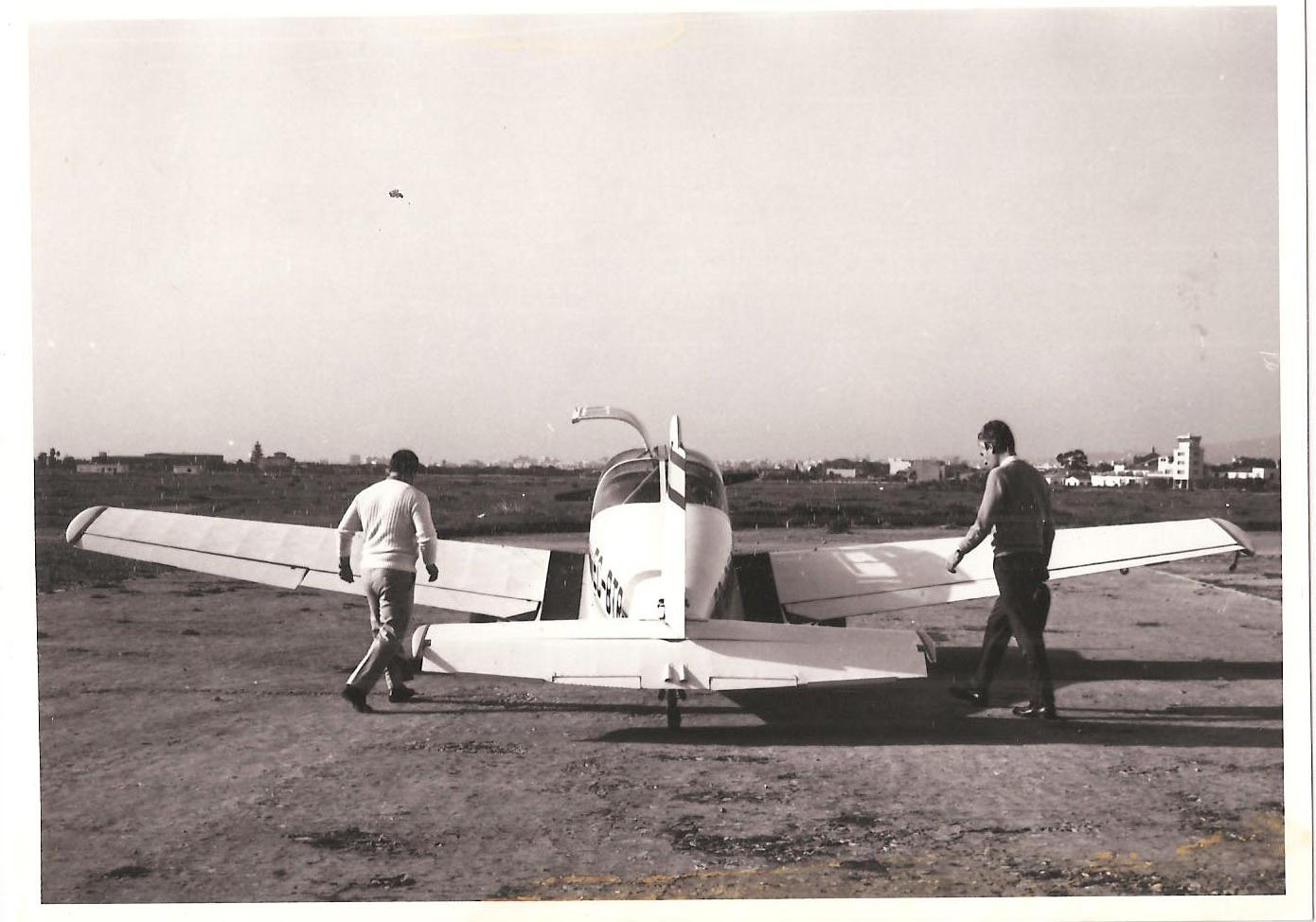 Flying: hours of pleasure with minutes of genuine panic.
Airlines are now proud of the young age at which their pilots are becoming Captains.
The low cost companies and why not say it, their legacy, has entered in to a spiral which nobody in the industry dares to predict but the final result will be worrying.
Times have changed since German pilots could only fly in Germany or Spanish in Spain. Frontiers have disappeared on a world level except for a few countries that are thirty years behind present day aviation.
I have no intention of upsetting anybody with my opinion, there is no reason to. It is simply what a lot of pilots are saying or discussing when they have just finished operating a flight with turbulence, storms, technical problems, or the whole crew feeling pressurised by the companies that do not appreciate their work. There are many tough jobs and a pilot’s is one of them. Passengers arrive at their destination without major inconvenience but are often unaware of what the technical or auxiliary crew have had to deal with during the flight.
We are entering a situation where the the number of pilots required in the next few years by the airlines could reach 20.000 and according to the latest surveys, 865.000 cabin crew.
We have reached a point whereby the authorities should study the possibility of extending the date of retirement of those pilots interested in doing so. In the USA they are contemplating increasing the retirement age from 65 to 67 in order to continue providing experience and support to the new pilots joining the airlines.
Another aspect which should be studied in order to find a solution, is the instruction of young pilots. They should be trained more in line with the tasks they are going to carry out and above all what they are going to face. Nowadays many young pilots and first officers have been taught to trust what computers and the LCD instruments show. They take off and before the under carriage is fully engaged, they have already connected to auto-pilot, with no or very little manual flying. In the long term, these techniques, learnt by young pilots, can only cause problems and in some cases serious ones.
Who is responsable for all this? There are many factors but a lot of the fault lies with the airlines.
The situation at Ryanair and its samurai Michael O’Leary deserve special mention. His personnel policy and treatment of ground staff – whether they are sub-contracted or not -, his pilots and cabin crew, is already unacceptable and to continue with his arrogant attitude especially with the pilot sector, those who fly his planes, is in my opinion the start of a serious problem with a difficult solution and with unforeseen consequences.
It is one thing to be “off piste”, but those at Ryanair want clients, pilots and the rest of the personnel to jump through hoops.
It seems fair to me that any pilot should have the right to move from one company to another with total freedom, especially when leaving a company where freedom is limited or controlled and above all to have the right to go where salaries are better or for an improved quality of life.
Airline pilots know that the power or a considerable part of it, is in their hands, along with their colleages the cabin crews, TMAs, check-in, flight despatch, loading and unloading and this power can manage to change an airline in to a Great Airline. In any case, I have known directors who base their
personnel strategy on disposabilty.

I embark the aircraft deep in my thoughts. As if I were an automatom, I make my way to my seat, make myself comfortable and close my eyes. I cannot stop thinking that aviation is LIFE and everything that I love.
Perhaps it is an excuse for not seeing my daughters grow up, realising its due to seeing them so little. I cannot play with them now as they are women. Nevertheless I love my work and continue thinking that aviaion is LIFE.
Who has not been in an airport at some time and realised that the building made of iron and cement is alive and never sleeps. Its blood is the thousands of humans of different races, who for a short time live together there.
Aviation is LIFE, says a beautiful little girl on her death bed, in the most inhospitable corner of the earth. The father whispers to his daughter “before long you will be playing like before; the iron bird will arrive with your salvation, and you will then be better”.
Aviation is LIFE because its roots are watered by the blood of many. There are so many that when I count them it makes me sad as many friends are amongst them.
If so many have given their blood for it, why should I not give it my life.
ooOoo

WHO WILL HELP YOU
no one,  only yourself especially when failure becomes part of your life, or you are broke
when you are a child, your dreams accumulate day by day
How many things will I do? you ask yourself
dreaming is what allows you to go to bed every night, waiting for tomorrow
I will continue to dream tomorrow
I can say that what I dreamed as a child became a reality
dream, young friend, face life, always with a smile
do not stop smiling or dreaming
because life is as a poet said “long as the stick of a chicken  hen house, but full of shit”
do not be discouraged, dream and when you want to turn dreams into reality you must fight for them
dreams do not come true without struggle, work, love, passion, patience
share your dreams with others, you will be able to summon them to join your dream to be part of that dream
be honest with them, choose the best
choose those who know or are more prepared than you
treat them as part of your dream with affection honesty
trust them to make your dream bigger and make it a reality
those humans who join your project, need freedom, need passion make them feel that they are your dream team, because they truly are
you need human beings who are great people, they just need your support to become great professionals
you may be a great dreamer and entrepreneur if you do not support your own peers you will never reach your goal

I have often written about pilots/aviators, always with the utmost honesty; I always will as I have enormous respect for their work and because every day they are faced with a “decisive moment”. I could talk of other professions that also deserve a profound respect but not in vain have I spent my life amongst these airlines and people.
I have known pilots who have been born to fly and I have occasionally known those who have not, although someone once said “I prefer to be an old pilot than a good pilot”. It is true that some pilots have been “heroes of the skies” at some point.
But the truth now is that it is not made up of heroes, but professional men.
In the short history of air safety, the changing point came to be in the 1950’s, with the incorporation of reactor aeroplanes, that were much more reliable and easier to fly in comparison with the plunger engine that preceded them.
With the incorporation of the reactor aircraft the number of accidents due to mechanical errors or atmospheric conditions were greatly reduced. There was a dramatic change and improvement in air safety which opened the door to air travel as we know it today.
At the end of 1970, a decision was made that would improve safety on board to standards we know today. A small team of investigators from a NASA centre in Mountain View, California, started – with a view to safety – a systematic evaluation of the pilot-plane relationship.
One of the members of the team was an investigative psychologist and young private pilot by the name of John Lauber. This young man spent years observing operations “in situ” or perhaps we should say both flying as a passenger and in the cockpit. The first thing that Lauber found was a culture dominated by the authoritarian captains; old reactionaries who were against the idea of working as a team, who did not allow interference from any of their colleagues.
In the airline Pan Am, these captains were known as “Clipper Skippers” in a clear reference to the pilots of the hydroplanes of the 1930’s. NASA spoke to Pan Am to lend them a “flight simulator” – something unknown to some of them.
With this simulator, different types of breakdowns or difficulties during the flight could be simulated. The flight simulator was created by Hugh Patrick Rufell Smith, a modest British born doctor who died a few years later but is reknowned nowadays for having reformed the global operations of airlines, saving numerous human lives.
John Lauber was very much involved in this process of radical change of what is today known as safety on board. Nowadays flight simulators are a fundamental tool for pilots and safety, spread around the whole world – the only bad thing about them is the quality of their coffee which is barely drinkable!
John Lauber, in order to achieve the fundamental tool which was and is to work as a team, discuss situations and improve procedures, coined the phrase C.R.M. which means resource management. Teamwork is more important in aviation than the ability of one of the crew members. Today the First Officers manage or handle the aircraft and are free to express their opinions and consult the Captains. Therefore the pilots in control delegate functions, often ask for advice or simply communicate their plans to the crew.
Many ask the question, do they need to know what a C.R.M. is. When it is nothing more than the principle of many other programmes laid down by civil aviation authorities, airlines and manufacturers.
It has not been easy reaching this high level of safety on board. One has to bear in mind that the way has not been without its difficulties. The accepting of all the procedures has been difficult in some countries or regions in the world; for example in Asia where C.R.M. is or was against the traditions of the hierarchy and respect for elders.
A notorious case was the accident of a Korean Air Boeing 747. During the landing at Guam, the captain made the decision to descend prematurely and crash on a dark night. Neither the First Official nor the flight mechanic passed on their concerns to the pilot in charge, although both were aware that the operation was incorrect and would end in tragedy, with the loss of 228 lives.
In summing up, in the life of every man there is always a decisive moment and probably his future life is written in that instant.
Defending this profession, because probably only the surgeon and the pilot or pilots deal with the fine line which opens and closes the subtle border between life and death with such intensity and as many times during their lifetimes.
Fortunately nowadays we no longer have “Clipper Skippers”; we have professionals with a high level of preparation, who face difficulties as a team, although sometimes the high technology cockpits in the aircraft can create more than one problem.
They no longer have to be arrogant to be professional.