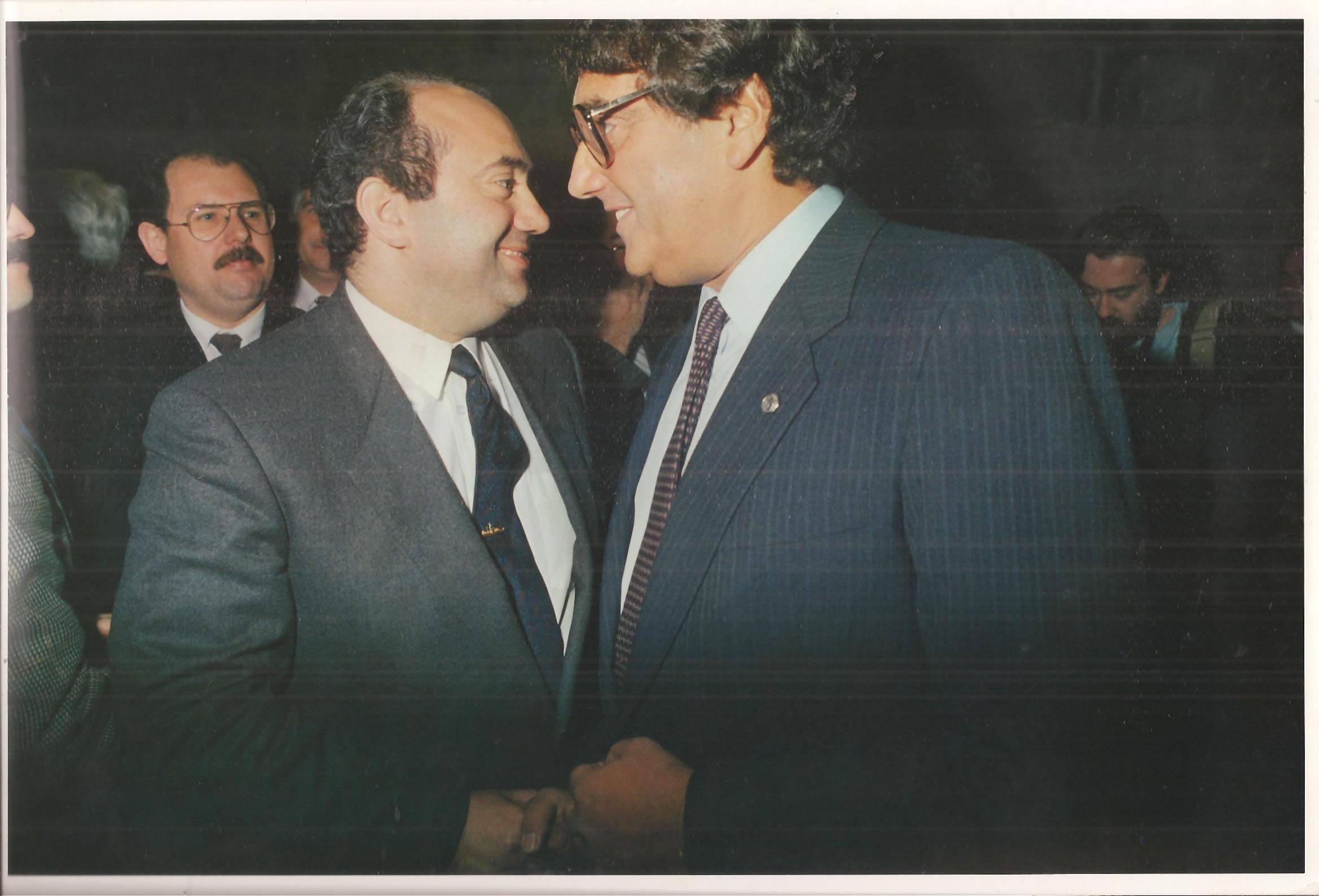 Harry Goodman: The Visionary
Today the cord which joined me to this mad aviation and air transport industry in general, was broken.
A man,I cannot call a friend – but more than that – has died. He was the man that created Air Europa, who created the concept of Air Europa in Germany, Scandinavia, Italy, England and Spain. He wanted to see his aircraft all around Europe. He was the most important figure in tourism in the world, in all aspects, that I have ever known.
I have never ever written about him on a personal level in spite of my admiration; he was my President, the President of the touristic group INTERNATIONAL LEISURE GROUP; a visionary.
However, let me narate a little history: following my time at Hispania, Harry Goodman called to ask me to visit him in London. Once there, he explained his idea of creating Air Europa in Spain and then gradually create Air Europa in neighbouring countries to finally create what he called Airlines of Europe.
I was enthusiastic about the idea and began working on it as soon as I returned to Spain. The rest of the story is well known to many and at this point has little importance, except for those who loved, respected and admired him.
I always called him “The look-into-my-eyes Man”. When we dealt with matters of great importance and expense, having placed the plan neatly on the floor, although not without a wry grin, he would say “everything is probably all ok, Tomas. You know that I am not going to read it but look me in the eyes and tell me that it is as you say it is”.
I have never known a president like him in my whole professional life and I do not believe there will ever be another like him. He was a one-off. He allowed me to work for five years with total freedom, absolute freedom. Thank you Harry for trusting me.Everything I have achieved in my professional life has been thanks to you.
However, I am not going to extol the virtues of a person who has passed away because I do not wish to fall in to the human trap of speaking well of someone who is no longer with us.
Allow me to dedicate this short poem from Christina Rossetti to him:
Does the road wind up-hill all the way?
Yes, to the very end.
Will the day’s journey take the whole long day?
From morn to night, my friend.
But is there for the night a resting-place?
A roof for when the slow dark hours begin.
May not the darkness hide it from my face?
You cannot miss that inn.
Shall I meet other wayfarers at night?
Those who have gone before.
Then must I knock, or call when just in sight?
They will not keep you standing at that door.
Shall I find comfort, travel-sore and weak?
Of labour you shall find the sum.
Will there be beds for me and all who seek?
Yea, beds for all who come.
z